On October 22 we celebrated the 3rd anniversary of our Seabrook Branch. The party was well attended, members started coming in promptly at six o’clock and for about two hours they were able to mingle with other members as well as credit union staff. The mood was festive and everyone enjoyed  receiving giveaways as well as the delicious food and drinks catered by The Old Salt and the beer tasting hosted by Riverwalk Brewery. Several members walked away with prizes, too!

Anthony Marino, SVP of Retail Banking and Christine Doucette, Branch Manager, briefly acknowledged the milestone for the branch and welcomed and thanked our members for joining on the celebrations as well as their loyalty to the credit union. What a fun night!

What You Need To Know About Filing Your Taxes This Year

It’s tax season again!  Do you dread filing your taxes each year? We don’t have any secrets for making the process more fun, but we do have some tips that will hopefully make it a bit easier.

April is National Credit Union Youth Month. Let’s encourage kids to develop healthy saving habits by making savings fun and exciting! Do you talk about money in a positive way with your children? Here are some fun facts that can be conversation starters:

The holiday season is here, and many people are swept up in the wonderful  spirit of giving to others.  If you plan to donate to charitable organizations this year, here are some tips to help you make sure your end-of-the-year contributions are the most effective:

10 Ways to Give Back

Looking for ways to give back?  Here are 10 ideas to get you started! 1.  Provide Food – Donate canned goods or funds to your local food bank or pantry.  You could also volunteer your time at a local soup kitchen, such as Neighbors in Need. 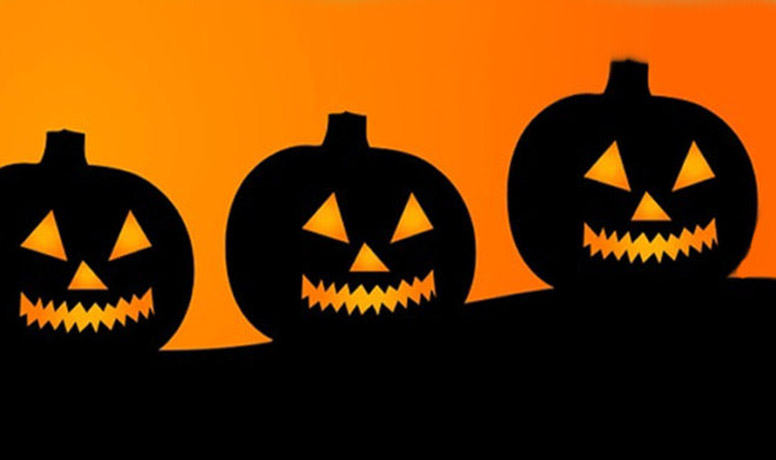 It’s that time of year again, when the weather starts getting cooler, and kids start getting excited about trick-or-treating for Halloween!  Have you noticed the specialty Halloween stores  popping up nearby your community?  Have no fear– you can make your own Halloween costumes and save some money in the process! 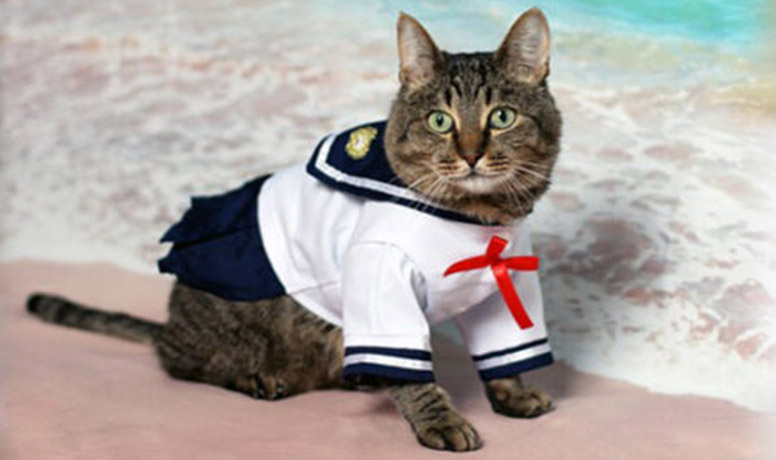 Thank you to all the pet parents who shared their favorite photos of their pets dressed up in costumes! The Pawsitively Spooktackular Pet Costume Contest we ran this month was all about barking — I mean bragging — rights. The top costumes were highlighted in a video on our social media channels.

Fall Clean Up Before the Holiday Rush

Fall is finally here, and now that the kids are back to school, the holidays are coming right around the corner! Here are some ideas of things you can clean up and clear out now before the holiday rush:

Irish History in the Merrimack Valley

In celebration of Irish-American Heritage Month, we’d like to pay respect to the Irish immigrants who paved the way for the growth of the Merrimack Valley.

Emergency Preparations for Your Family

Winter sometimes brings us whopper snowstorms, and occasionally the wind, ice and snow knocks out power. If an emergency such as this hit your home, would your family be ready? An emergency could involve your family having no power, no heat, no water, and possibly no ability to travel outside the home. Below are some tips to prepare your family for an emergency.

10 Money Saving Tips for Back to School Shopping

School shopping might look a little different this year, but here are some timeless tips for how to save money during the “back to school” shopping season.

Take Advantage of Your Member Rewards!

Did you know that there are special rewards available to you as a member of Merrimack Valley Credit Union?  Here are some of the fabulous benefits our members enjoy:

Today credit union members around the world celebrate the 70th Anniversary of International Credit Union Day®.  This annual event celebrates credit unions and how they’ve impacted members like you.

On October 22 we celebrated the 3rd anniversary of our Seabrook Branch. The party was well attended, members started coming in promptly at six o’clock and for about two hours they were able to mingle with other members as well as credit union staff. The mood was festive and everyone enjoyed  receiving giveaways as well as the delicious food and drinks catered by The Old Salt and the beer tasting hosted by Riverwalk Brewery. Several members walked away with prizes, too!

This is the big summer, the last one of your high school career! At this time next year, you’ll have graduated and will be on your way to the next phase of your life. Life will change quite a bit, whether you go to college or trade school, take a gap year to volunteer or travel, join the military, or jump right into your career. Are you ready? Probably not, but there’s still time!

It’s Never Too Late to go “Back to School”

Did you know it’s truly never too late to go “back to school” and learn something new? There are options in New Hampshire, Massachusetts and even online for adults who are ready to expand their knowledge!

Although some farms aren’t offering pick-your-own (PYO) options this year, these tried-and-true community favorites are open and could provide a fun outing for you and your family or friends!

This is a great time of year to live in New England! There are lots of options for family fun! Whether you choose to stay close to home or take a scenic drive, explore the outdoors or stay cozy inside, there are plenty of family-friendly activities to enjoy. Best of all, many of the activities are inexpensive or even free. 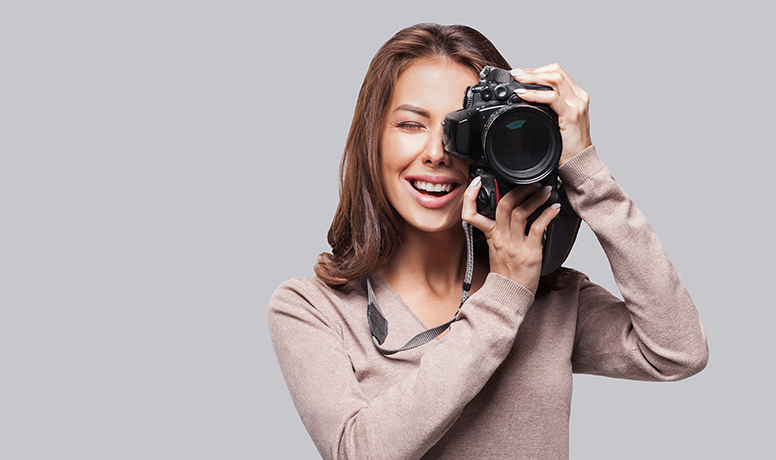 Thank you to everyone who submitted a photo to our contest, and to all of you who voted for your favorites! This was our most impressive year to date: we received more than 700 photos!

By shredding old documents, you’re protecting your private, personal information from identity thieves. What documents should you consider shredding?  Anything that has a signature, account number, social security number, or medical or legal information that you no longer need to retain. If you’re not sure if you should keep or shred a document, keep it somewhere safe.

You could spend this summer between high school and college vegging out, or you could use the next few months to get ahead. Here are some quick tips for making the most of this special summer:

Our team members are out & about in the community this week sharing random acts of kindness! We’ll keep adding photos to this blog as they come in from our staff. Thank you to all the team members who signed up to be a part of this special week to help us spread smiles! Additional thanks to Olivia Pink and Digna Johnson for organizing all the volunteers, locations, and surprises!

Our team members are out & about in the community this week sharing random acts of kindness! We’ll keep adding photos to this blog as they come in from our staff. Thank you to all the team members who signed up to be a part of this special week to help us spread smiles! Additional thanks to Olivia Pink and Digna Johnson for organizing all the volunteers, locations, and surprises!

Let’s celebrate!!! We’ve merged with Bridgewater Credit Union, a division of Merrimack Valley Credit Union, and we celebrated today with our staff and members. Members who visited our branches today enjoyed cake and gifts.  Our staff members were treated to a special lunch together and some fun surprises!

LAWRENCE, MASS. — Merrimack Valley Credit Union (MVCU) awarded $9,000 in college scholarships at its Scholarship Presentation night on May 3.  Six graduating seniors each received a $1,500 award in front of their family, friends, and MVCU employees at the credit union’s headquarters in Lawrence.

Yes, it’s really yummy…people went back for seconds! At a recent staff potluck, this recipe by Laureen Hume stole the show.  Who would have thought something with BROCCOLI would get more comments than goodies and cake?  So many staff members asked for the recipe that we thought we’d share it with our members, too.

Congratulations to the Biggest Hearts in the Merrimack Valley

The winners of our Biggest Heart Awards have been announced!  The contest was created as a way to recognize people who use their big hearts to promote kindness and public service in our community. More than 100 nominations were submitted, and nearly 10,000 votes were cast, confirming that we have a whole lot of people with big hearts in our community!

Today all our branches are celebrating International Credit Union Day! We have goodies and surprises for our members today (10/19/17). THANK YOU to all our members– we appreciate you!

Seabrook has been a year in the making for our team.  Each associate brought their passion, dedication and spirit together to form a successful team! We have built a family within and extended that to each and every member walking through our doors.  We’ve enjoyed celebrating events within the community we service here in the Seacoast.

Recently, members of our Seabrook Branch enjoyed hanging out with WZLX at Heav’nly Donuts in Amesbury. Many people came out to enjoy yummy donuts!

After a busy season of high school scholarship nights, Merrimack Valley Credit Union (MVCU) awarded $9,000 to six graduating seniors. Each of the recipients was surprised with the $1,500 award at their respective high school’s senior scholarship event.

Visitors to our Seabrook Branch this past Saturday enjoyed FREE ice cream treats! Thank you to everyone who came out to say “hi,” and to our Seabrook team members for facilitating a fabulous event!

I want to thank you all so very much for your support these last few months. I hope you know how much I appreciate every “How’s it going?”, “How far this weekend?”, “ You’ve got this!”, and every “Good luck!” followed by “How was it?” and “How are you feeling?”!!

Merrimack Valley Credit Union is proud to cheer on Carrie Fitzgerald as she runs her heart out today in the Boston Marathon! Credit Unions Kids at Heart is the credit union community’s favorite public service activity and one of the largest credit union collaborative fundraising programs in the nation.

National Hispanic Heritage Month is celebrated from September 15 through October 15 throughout the United States.  This year’s theme is “Unidos: Inclusivity for a Stronger Nation” and it’s a month where we recognize the cultural contributions and achievements made by our fellow Americans of Hispanic culture. Hispanic Heritage month has been celebrated across the nation through festivals, art shows, conferences, community gathering, and more.

Living the Credit Union motto of “People Helping People” is important to the team at MVCU.