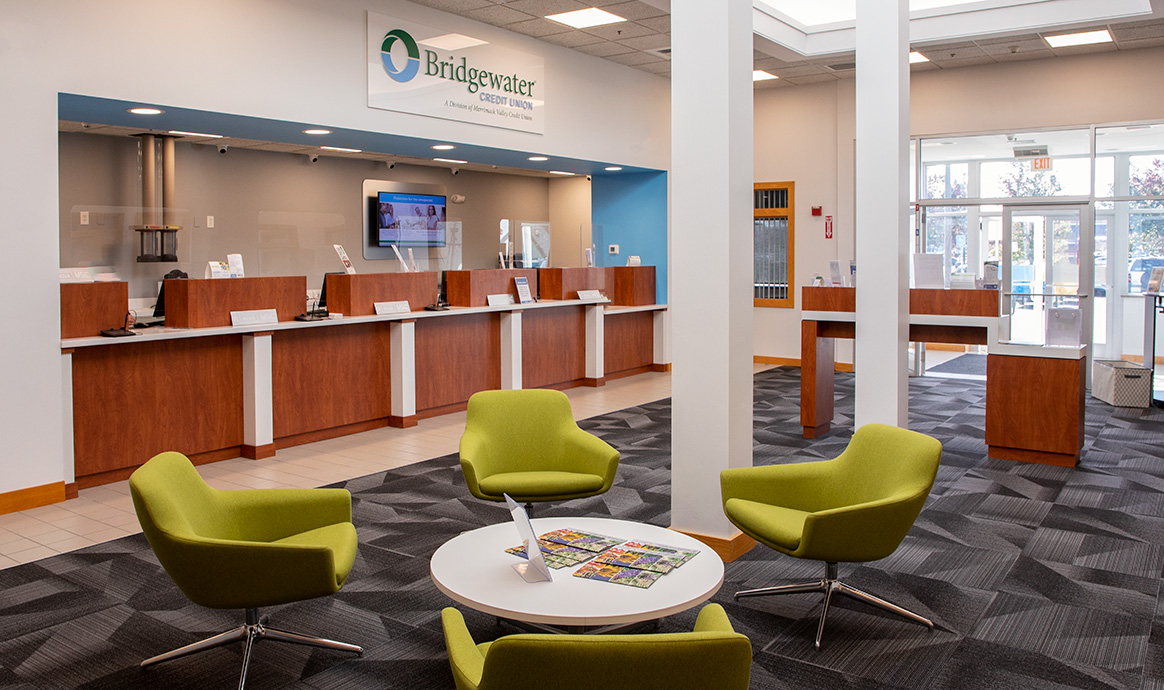 As you step inside Bridgewater Credit Union, A Division of Merrimack Valley Credit Union’s new Plymouth Branch, you’ll notice some elements that feel familiar and others that feel rather new. You are still welcomed by the friendly tellers of Plymouth’s previous location and enjoy the same services that all our branches provide. But this new space offers even more: a modern design with bright natural lighting and unique ties to the local community. Let’s go Behind-the-Scenes at BCU’s new branch for the story behind its unique look, and the manager who leads its team.

The new Plymouth branch came together rather quickly—in fact, the overall project took only about seven months to complete, as the previous building was preparing to convert into a medical office. When the initial moving process began, the credit union’s executives had a few goals in mind when it came to the new branch’s appearance: brand consistency, contemporary design, and community highlights.

The color scheme of the new Plymouth branch maintains the blue and green hues of the Bridgewater logo. These colors also align with the goal of creating a modern space, which typically features hues of white, blue, and gray in addition to accents of wood and natural light. These colors are paired with contemporary furniture—including bright green chairs in the branch’s lobby—and a beautiful skylight (that conveniently came with the space) to create a bright, modern office space that will, according to MVCU Senior Vice President of Marketing Yean-Ai Long, act as a proof of concept for future branches and renovations.

Aside from these attractive features, one of the first things members will see when they enter this branch is a large digital wallpaper of the Mayflower, a crucial piece of not only Plymouth, but American history. This isn’t all; as you venture throughout the branch, you can enjoy colorful canvas prints depicting historic sites throughout Plymouth: Pilgrim Memorial State Park and Plymouth Rock, Plymouth Town Wharf, and the Plimoth Grist Mill.

“The members are very happy to see these finishing touches on the design that make it a branch for the whole town,” says Plymouth Branch Manager Steven Owens. He adds that these images are often conversation-starters, as visiting members frequently ask about them and relate by sharing stories of how they visited those locations as children. 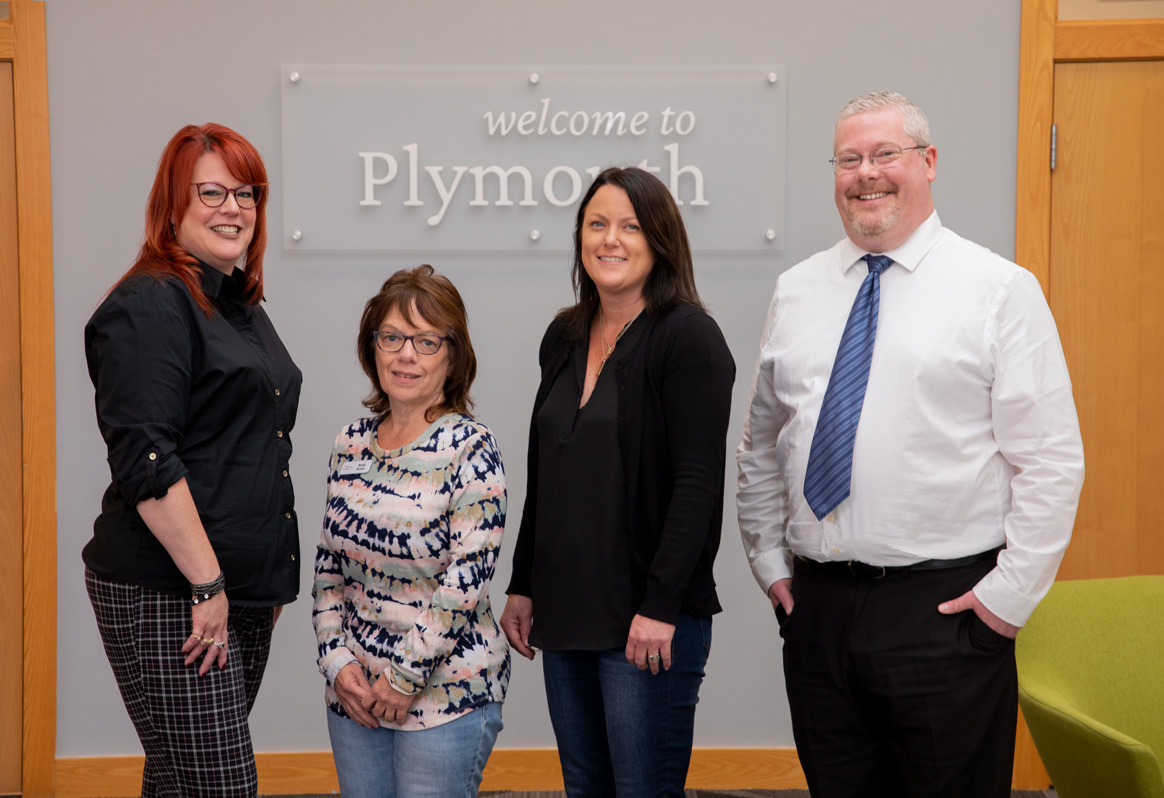 Steven Owens has worked for Bridgewater Credit Union for over seven years, first starting as a financial service representative before transitioning to the role of branch manager after just two years.

Originally from the Massachusetts South Shore, Steven grew up in central Ohio (where he became a huge Ohio State football fan) before heading back to New England to pursue his bachelor’s degree in business administration at Southern New Hampshire University. After moving multiple times in his early life, Steven and his wife settled in Plymouth in 2011.

Steven is a self-described history buff who enjoys reading articles and books about the subject. This is a great complement to the historical canvases decorating the walls of the Plymouth branch, which give Steven opportunities to connect with members about the history of his own town.

“I’ve heard anecdotal stories from members who’ve been with us for years, for multiple generations,” says Steven. “Some of them remember that the credit union started as a single room in the town hall, open one day a week, where you can go and cash your paycheck or take out a loan. The relocation this summer brought up a lot of conversations with members about where we’ve been.” Steven plans to complete more research on the credit union’s history in Plymouth in the future, but for now, he enjoys hearing the recounted stories from the members that he helps each day.

The rest of Steven’s team members are enjoying this bright new branch, and, according to him, have enjoyed making it their own. “They had started their jobs in an existing workspace, so this new branch offered a chance for them to make their own space by personalizing and organizing it their own way.”

Aside from the unique Mayflower wallpaper, the largest piece of eye-catching wall décor is the large, bold word cloud set right next to the teller line. Including the words “committed,” “community,” “dedicated,” “trust,” “service,” “passionate” and more, this feature sums up what it means to be, as Steven calls it, “truly a community branch.” And with its lasting reputation in the town, it’s a place where history, service and community converge.