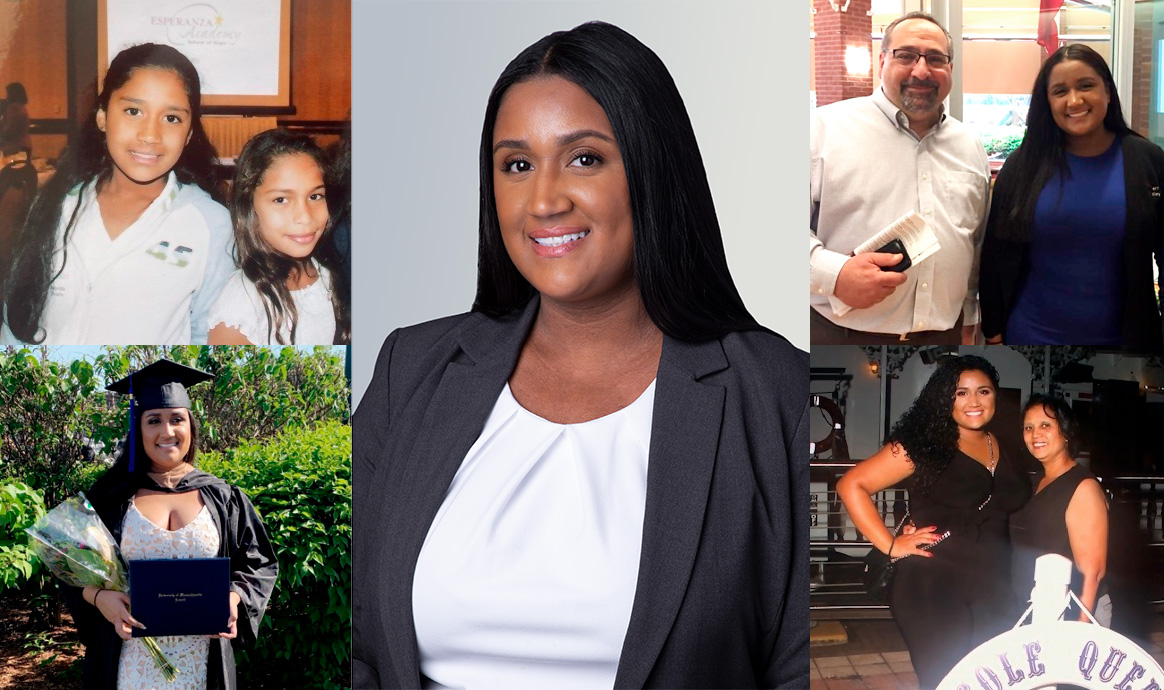 Women in Charge: MVCU’s Zobeida Duarte on Growing Up at MVCU

These days, career paths can feel like a patchwork quilt. It may take years of learning, training, and interning at different companies or in different positions before one finds their true calling. However, there are special cases where one finds their career early, then grows and evolves within a company—often experiencing promotions along the way. This is the case for Merrimack Valley Credit Union’s (MVCU) new Assistant Vice President of Member Support, Zobeida Duarte. An MVCU teammate for over nine years, Zobeida has been a shining light that touches both the members she helps and the team she leads.

“It was where I first began to learn how big the world was and how much it had to offer,” Zobeida says, noting that she participated in activities like horseback riding, learning French, and even going to camp—which is a particularly exciting experience for a child growing up in the city. 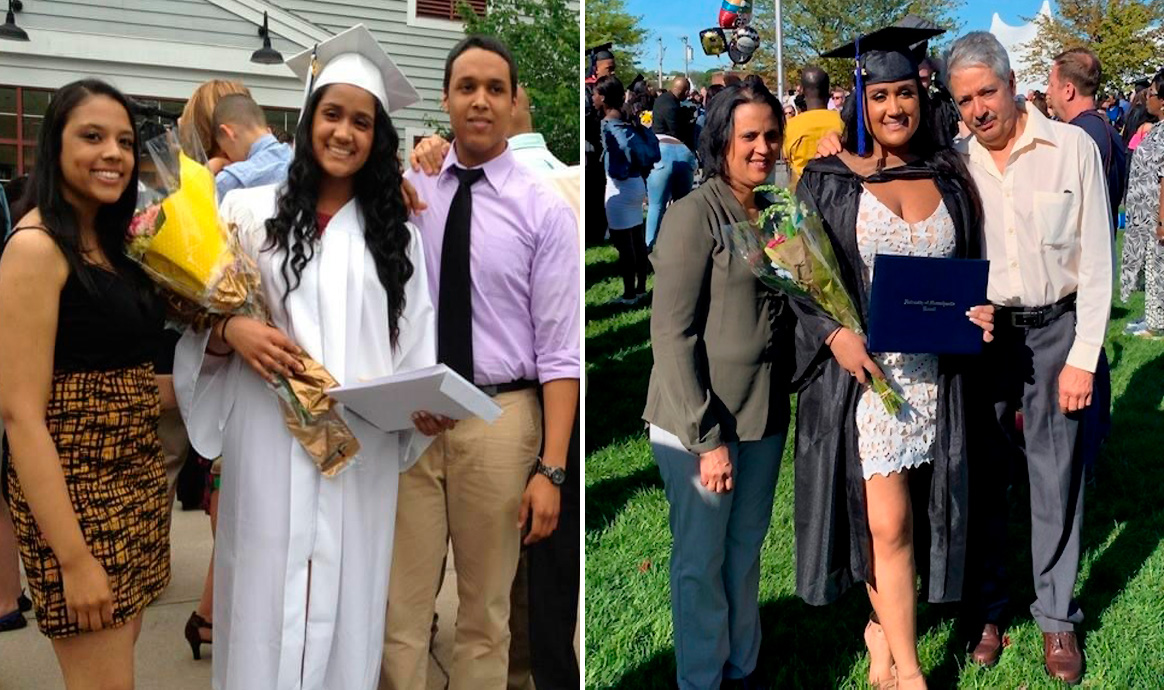 Zobeida posing with her siblings after graduating from UMass Lowell.

After graduating from Esperanza, Zobeida attended Presentation of Mary Academy in Methuen, and was part of the private high school’s first co-ed class which featured only one male student. In both her middle and high school, Zobeida was surrounded by encouraging female leadership and supportive female peers, an environment that helped instill a level of confidence that might not have flourished elsewhere.

“My educational background, especially in middle and high school, was really focused around females,” Zobedia reflects. “There I was able to become more confident and ask questions and feel like I wasn’t being judged. They cultivated an environment around ‘you-ness’; the world was your oyster.”

After spending her formative years in private schools, Zobeida opted for a change when she began college at the University of Massachusetts Lowell. She went from a middle school graduating class of less than 20 students to a high school graduating class of just over 30 students, to a state university with thousands of her peers. However, this was not the only change Zobeida experienced, as she had also begun working at MVCU. 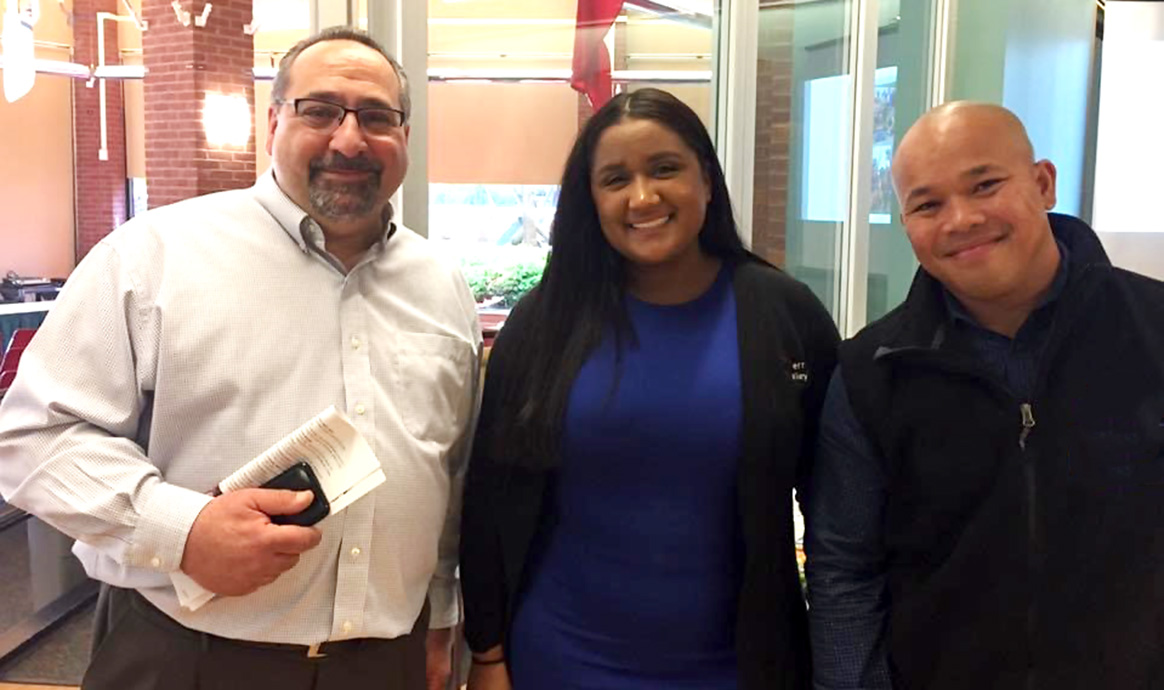 Zobeida had just graduated high school when a family friend who worked for MVCU informed her of an open position. Studying business and marketing, Zobeida was interested and applied. She became a part-time call center representative, working 20 hours while still taking five to six college classes each week.

Eventually Zobeida became a full-time teammate, spending her days at MVCU’s Lawrence corporate office, then her evenings in class, studying or doing homework. Though she jokes that it still feels like she is on vacation now that she’s free from schoolwork, Zobeida emphasizes how valuable it was to work in the environment that she was also learning about in her college courses.

“It was really cool because as I was learning and furthering my education in college, I was also experiencing promotions and growing at the credit union. So, I was able to apply everything I was learning in school to my job,” says Zobeida, who earned her bachelor’s degree in business administration with a concentration in marketing management. “For example, I’d go to school and learn about HR, then I would take an HR training while at work. It was such an amazing experience.”

Zobeida officially began working at MVCU in August of 2013 and has since experienced five promotions. She upgraded from part-time to full-time call center representative, then became a team lead, supervisor, manager, and as of October 2022, Zobeida began her role as assistant vice president of Member Support.

While Zobeida has taken on large roles at MVCU, so has her department, which went from a small service team with a few representatives to a member support department with 25 teammates answering thousands of member questions each day. Zobeida says that working with her member support team is one of her favorite parts of her job, describing them as a “dream team,” a tight-knit group of supportive, diverse and intelligent people.

Zobeida’s experience in a female-led environment did not stop at high school. According to Zobeida, another one of her favorite aspects about MVCU is the number of women in leadership roles.

“I’ll go to meetings and conferences, and when I look around, there are mostly females,” Zobeida says. “I love this, and that our membership is represented in the employees that we have here. It gives me a ‘full-circle’ moment to see that they are hiring people who not only have the same beliefs and values that we do as an organization, but that they’re often women who look like me.”

Zobeida notes that MVCU Vice President of Retail Banking Christine Ronca had been a wonderful mentor for her as she’s built her career within the credit union. She appreciates that Christine has presented her with challenges and provided opportunities that have helped her to grow as a professional.

“She’s an incredible mentor and advocates for me and encourages me to advocate for myself,” Zobeida says. “Where I normally would have been shy and introverted, Christine has created a safe environment where I can speak up and ask questions. I’ve learned so much through working with her.”

Christine shares the same positive sentiment about watching Zobeida grow within MVCU. “Zobeida is an impressive individual,” Christine says. “She strives to be the best at what she does, and it is evident every day. Watching her over the years has made me proud to be her manager. She is a problem solver and I depend on her to be a resource for other managers.” 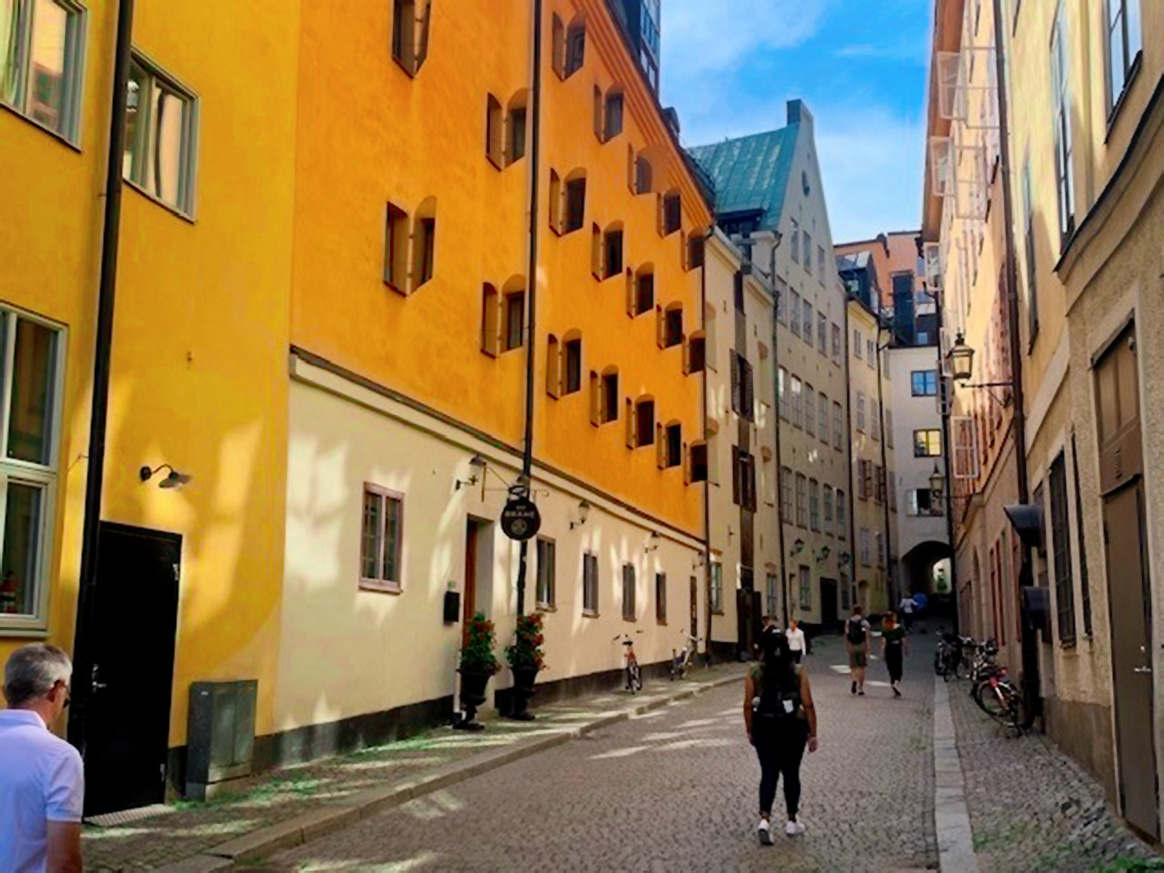 Zobeida walking through the streets of Stockholm, Sweden.

When she’s not working, Zobeida is a travel enthusiast who loves visiting new places and experiencing new cultures. One of her most recent trips was to Stockholm, Sweden, where she was enchanted by the local culture. Though she has been to many places, Chicago, IL, tops her list of favorite destinations. She says that visiting Chicago for the first time opened her eyes to how large the world really is, noting the diversity, cuisine, transportation and skyscrapers.

Zobeida’s promotion to an assistant vice president at MVCU may be one of her biggest changes yet, though her career thus far proves that she is prepared for her new role. As MVCU enters an exciting new year, Zobeida says she is looking forward to not only continuing to grow within the credit union but providing the empowerment and mentorship that she has received over the years to other teammates.

“I was the recipient of the mentorship and I’ve benefitted from people advocating for me. Now that I’m in this role, I’m excited to talk to others about their career goals and provide feedback. I’m looking forward to having that relationship where they know I’m advocating for them and helping to get them to where they need to be.”